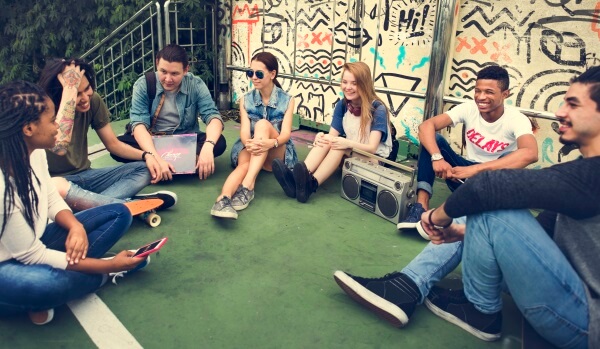 Most of the time, I find myself in the minority. I am Catholic, homeschooled, have 10 siblings, and my dad works at home. For these reasons, my life either fascinates or is looked down upon by peers. Last summer, I had the privilege of spending a week on a cruise with my cousins and grandparents. One of the activities on board was a club designated for ages 15-17. Being 16, I frequented this club throughout my day and made a handful of friends.

During the later part of the week, the subject of chastity came up when a teen boy asked if the little boy I was carrying around was my son. Responding no, he was my brother, the teen proceeded to ask if I was sure. Yes, I said, I was positive that there was no way my little brother was actually my son. The teen took this as a sign I must have an STD.

I thought this was an interesting perspective. Discussing later, it seems the only reason one would willingly stay in a life of celibacy is if one had an STD. After the exchange with the teen boy, many other kids nearby started chiming in with questions for me. After finding out I was saving myself for marriage, the discussion expanded until I had almost every kid present in the club sitting around listening. Most of the them didn’t say anything, only came into the circle we had formed and listened to my responses.

Let’s just say I was asked some very odd and personal questions that afternoon, but I didn’t mind sharing my beliefs and how I lived. I in turn asked questions in a charitable manner on why they lived how they did and what their boundaries and beliefs were. The interesting part is that no one actually made fun of me in a serious way. There was a bit of teasing of course and the random shake of the head as if to say “You are a strange girl” but nothing over the top. You see, this was because I was showing a new way of life most of them had never even considered.

In answering their questions, I also was able to show them that they are not alone in desiring truth and goodness for themselves. At the time I didn’t consider myself to have courage in just revealing the lessons I have been taught, but afterwards many came to me privately to agree with me and commend my courage.

The world is hungry for the truth and decency. Many times we are afraid to speak out because of the negative effect it could have on our reputation or how others view us. However, sometimes we forget about the positive outcomes we could create simply by sharing our beliefs. Instead of living in fear, we should live in hope.

Next time someone questions your beliefs or a certain topic surfaces, you have an opportunity to share yourself with the world. Please be courteous and don’t hold back. Let people know the reason for the hope that is within you. 🙂

This site uses Akismet to reduce spam. Learn how your comment data is processed.

Previous Post: A Change In Lesson Plans – Part 3 – Miss One Day, Double Up on the Next Day
Next Post: 5 Great Tips To Remember When Planning Your School Year with Little Ones

We invite you to become a My School Year member to better organize your homeschool records. This online homeschool tracking system provides many easy to use features to help with daily lesson plans. Dependable homeschool record keeping is a vital part of a complete homeschool. Don't Delay. Sign up for a FREE trial.

Veronica is a homeschool mother of 10 great kids ranging from teens to an infant along with a set of twins. She also has 3 children in heaven. She graduated her first homeschool senior in 2016 and is a true believer that more learning takes place when it is fun and exciting.